Experience over a wide area of commercial activity.  Regular appearances in the Chancery Division, Commercial Court and Court of Appeal, arbitration and mediation.   Significant cases include:

Problems and disputes involving financial securities.  Instructions that have resulted in litigation include:

Specific expertise in shareholder disputes and all issues of company law.  Significant cases include:

Andrew regularly lectures and conducts seminars on topics such as s.994 petitions and directors’ and fiduciary duties.

Extensive practice in many areas of commercial chancery work.  By way of example:

Insolvency issues routinely arise in the course of Andrew’s general commercial and trusts practice.  He is the co-author, with contributors, of Loose & Griffiths on Liquidators (9th Ed 2019).

The following of Andrew’s cases are those which concerned specific aspects of insolvency legislation:

Andrew advises on and has appeared in cases concerning financial services legislation.  Instructions include:

The law of trusts pervades much of Andrew’s practice.  He has a specific expertise in bond trustee matters (see Banking & Finance above), both litigation and advisory, and in private disputes arising out of or concerning offshore trust structures.

Andrew’s litigation work routinely involves addressing fraud, its exposure and its consequences.   Good v Onsette [2013] EWHC 3447 and Attwood v Maidment, re Annacott Holdings [2011] EWHC 2186 are just two of his cases where the aggressive use of disclosure and penetrating cross-examination have brought the fraudster to book.

As a junior, Andrew Clutterbuck worked for 6 months within a major Cayman Islands law firm, assisting in particular with the winding up of a bank closed by the regulator. 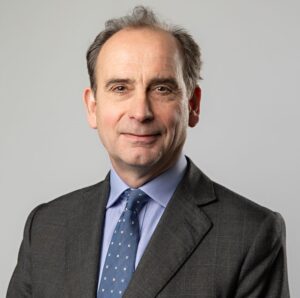