John Brisby is a seasoned litigator, with substantial experience of heavy trials in both the Chancery Division and the Commercial Court, and is known as a formidable cross-examiner in court. He enjoys working with other people, and is a good team player. Over the years, John Brisby has been extensively involved in heavy litigation arising out of large scale corporate collapses such as Barlow Clowes, British and Commonwealth, Maxwell, BCCI, Barings, Railtrack and Enron. More recently, he has been involved in major litigation and arbitrations relating to disputes originating from the former Soviet Union, and also in litigation resulting from the Madoff collapse. On the corporate side, he has been involved in some of the leading cases dealing with the rights of minority shareholders; whilst on the financial services side, he has acted on behalf of the regulators and also on behalf of their members (particularly insurance companies) dealing both with disciplinary and advisory matters.  He represented Standard Life during a 4 week trial in the Commercial Court of that company’s claim to recover compensation paid out to mortgage endowment policyholders from its brokers. John Brisby has appeared in well over 100 reported cases.

John Brisby QC was awarded Chancery Silk of the Year at the 2015 Chambers UK Bar Awards.

“A similarly obdurate courtroom performer, John Brisby QC is credited as a ‘real fighter, who likes to get stuck in.’ Being also a deputy High Court judge, he understands the view from the Bench, and tailors his addresses accordingly. His practice encompasses insolvency, corporate recovery, civil fraud and company law matters.”

“John Brisby QC is endorsed as an ‘excellent trial advocate.’ He is a man to have on your side.”

“John Brisby QC is well known for his skill and experience as a litigator and is ‘liked enormously’ by regulatory bodies and companies alike. He is a particular favourite of insurance companies, who admire his “combative but constructive” contributions.”

“Sources reserve special mention for John Brisby QC on account of his regular appearance in long-running civil fraud matters, and his ‘responsive, personable and client-friendly service ethic.’ He recently acted for Standard Life in a £50 million claim concerning a broker’s alleged mis-selling of endowment mortgages.”

“John Brisby QC is ‘a real fighter who is prepared to roll up his sleeves and get stuck in.’ He frequently acts in relation to insolvency and corporate recovery matters.”

“He is popular with clients due to his raw ability, straight-talking approach and ability to get results.  He also has an impressive eye for detail, and retains and recalls the smallest points on a case at just the right time” (Commercial Dispute Resolution 2015)

“He comes up with innovative arguments, is effective in court and has the respect of the Chancery Division judges” (Chancery Commercial 2015)

“He’s everything you want in a QC – he really fights the tough battles. His cross-examination is known to be fearsome.” (Company Law 2015)

“A strong advocate who will fight a case creatively and with the client’s interests at heart. He has a tigerish determination.” (Company Law 2015)

“He shows ingenuity and is a great advocate” (Financial Services 2015)

“He is an exceptional and highly tenacious silk; an honest and charming man who is a joy to work with and who gets the best out of the team and the client” (Chancery Commercial 2014)

“John develops a great rapport with clients over the life of a claim due to his raw ability to get results.  He has an impressive knack of retaining and recalling the smallest detail of a case at just the right time.” (Commercial Dispute 2014)

“He’s brilliant at handling particularly tricky customers.  He’s fantastic at focusing on them and not letting them go off-point” (Financial Services 2014)

“A very impressive advocate.  He’s someone who has a real presence in court and is very fast on his feet” (2013 Edition)

“A ferocious advocate who never gives up”. (Banking&Finance – Leading Silks 2017)

“A good advocate, who is willing to fight a corner” (Company – Leading Silks 2017)

“An extremely experienced advocate, who is not afraid to argue difficult points.” (Financial services – Leading Silks 2017)

“A ferocious advocate who never gives up” (Insolvency – Leading Silks 2017)

“Imaginative and courageous; a silk for a difficult case” (Commercial Litigation 2014)

John Brisby has been instructed in major cases before the Courts of the Isle of Man, Gibraltar, Bermuda, Bahamas, and the Cayman Islands.
He has also acted as supporting counsel in a major company dispute in the Royal Court of Guernsey.

John Brisby is a member of the Chancery Bar Association and the Commercial Bar Association.
In 2004, he was appointed a Deputy High Court Judge. He is also a Bencher of Lincoln’s Inn 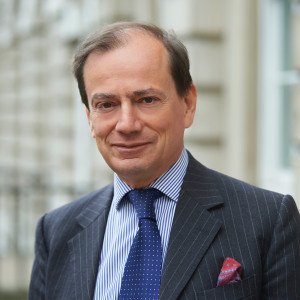