“Jonathan Crow QC is widely regarded as one of the leading barristers of his generation” (Chambers UK), “probably the most persuasive advocate at the Bar” (Legal 500), “in a totally different league to most other practitioners” (Chambers Global) and “a superstar” (Who’s Who Legal). His practice straddles a broad range of litigation, largely in the appellate courts where he appears both for private clients and for public authorities. He is recommended in 10 practice areas by Chambers UK and is ranked as one of the Stars of the Bar. In a career spanning 35 years he has been involved at the highest level in civil fraud (from Polly Peck to Madoff), company law (from Guinness to Atlantic Computers), corporate insolvencies (from BCCI to Lehmans), public law (from Guantanamo Bay to assisted suicide), constitutional law (from the Channel Islands to the Chagos Islands), telecoms (from the 3G auction to interconnection charges), consumer credit (from bank charges to PPI) and many other areas, including over 200 reported cases. He has appeared 40 times in the Supreme Court or the House of Lords, and on numerous other occasions in the Privy Council, the Court of Appeal and the European Court of Human Rights. He was First Treasury Counsel from 1998 until 2006, since when he has been named both as Commercial Litigation silk of the year and also as Chancery silk of the year by Chambers UK, as Lawyer of the Week by The Times (twice), and as one of the Legal 500’s Hot 100. In addition to his work in London, he also has a busy overseas practice, including work in relation to jurisdictions such as Bermuda, the Cayman Islands, the BVI, Nevis, Trinidad & Tobago, the Turks & Caicos Islands, Hong Kong and Malaysia. Apart from his work as an advocate, he acts as an LCIA arbitrator and sits part time as a Deputy High Court Judge in London (both in the Chancery Division and in the Administrative Court) and also as a judge of the Courts of Appeal in Jersey and Guernsey, and as a part-time Deemster in the Isle of Man. He is a bencher of Lincoln’s Inn and Attorney General to HRH The Prince of Wales.

For 8 years (1998 – 2006), Jonathan was First Treasury Counsel, appearing for the UK Government and other public authorities in a wide range of administrative and public law cases. He was fortunate enough to enjoy his tenure at a fascinating time when practitioners and judges were finding their feet with the Human Rights Act and the Freedom of Information Act. Most rewarding were those cases with a strong human element (such as the dispute over assisted suicide) and in particular the relationship between the State, parents and children (such as the disputes over religious dress in State schools and the abolition of corporal punishment in private schools).

Since stepping down as FTC, Jonathan has enjoyed his new-found freedom to appear for private clients (for example in R (PMI) v. Minister for the Cabinet Office and in Bank Mellat) as well as continuing his work for the Government (for example in R (Keyu) v. SSFCA and in Al Rawi). He is also now able to appear overseas in public law cases, as he has done in relation to conscription in Bermuda and the regulation of telecommunications in the BVI.

Banking and finance cases crop up regularly in at least three aspects of Jonathan’s practice – in relation to regulatory work, public law and contractual disputes. He has advised or represented major banking institutions, the regulators and the Bank of England. Some of the more important cases in which he has been involved include the following:

Recognition of Jonathan’s Chancery practice was given when he was named by Chambers UK as Chancery Silk of the Year in 2013.  In general, his commercial Chancery work embraces his wider practice in relation to –

More particularly, his work has included cases relating to specific issues such as –

Jonathan has a busy commercial practice in the course of which he has been involved in a string of important cases over covering a range of different issues, including –

As an advocate, as a judge and as a contributing author to the OUP’s Annotated Companies Acts, Jonathan has long been heavily involved in company law.  Significant cases have included:

The introduction of statutory protection for minority shareholders has spawned an enormous amount of litigation, and from the outset Jonathan has been involved in numerous significant cases relating to:

Another specific area of company law that has generated a considerable amount of litigation since the 1980s is directors disqualification.  Jonathan has appeared both for the Secretary of State and for defendant directors in numerous cases, including:

Jonathan has also been involved in a number of important cases concerning Companies Act investigations, including:

As an advocate both for the regulator and for market participants in the regulated sector, and also as a judge, Jonathan has been involved in a number of important cases, particularly relating to collective investment schemes and FCA investigations:

Fraud is often alleged in company, commercial and insolvency cases. Jonathan has been involved in a string of such cases, notably:

Throughout his career, Jonathan has been involved both in the high profile corporate insolvencies that catch the headlines and also in many of the smaller cases that sometimes raise more complex issues. These have included –

Corporate insolvencies often spring from or lead to Companies Act investigations. Jonathan has been involved in a number of important cases in this field, including:

Arbitration offers an element of control, confidentiality and efficiency which is generally lacking in ordinary litigation. These characteristics make it suitable for certain kinds of dispute, and Jonathan has represented clients both in the UK and overseas in a number of commercial disputes in a number of different industry sectors, including property, energy and shipping. He also sits as an LCIA arbitrator.

The attraction of offshore jurisdictions, both for corporate entities and for private clients, has inevitably led to an increasing amount of offshore litigation. Jonathan is a full member of the BVI Bar and has often been called ad hoc to the Bar in Bermuda, the Cayman Islands and Nevis for individual cases. He has been involved in a wide range of cases overseas covering –

Over the last 15 years in particular, as the telecommunications market has grown and become increasingly complex and competitive, and more heavily regulated, Jonathan has advised and appeared both for the regulators and for market participants in relation to various spectrum auctions, contractual disputes and regulatory issues. Reported cases in the Supreme Court and Court of Appeal have included –

Many of the leading cases in which Jonathan has appeared are listed under the 10 practice areas in which he is ranked in the legal directories. In addition, his practice also embraces a wide range of other work, including:

“In a class of his own”, “an incredible barrister who always wins the admiration of the judges”, “an outstanding reputation for his advocacy” “outstandingly clever and really wonderful to work with” “first-rate technically and a real gentleman”
Chambers Global

“Probably the most persuasive advocate at the Bar” “terrific at everything he does” “one of the most talented chancery silks, with expertise in the private and public sectors” “one of the top advocates at the commercial Bar” “One of the Bar’s “super silks” … his reputation alone adds immediate credibility to a client’s case”
Legal 500

“without doubt amongst the best of the best”, “everything you would want in a barrister”
Chambers 100

“an excellent strategist and a stylish advocate”
The Lawyer 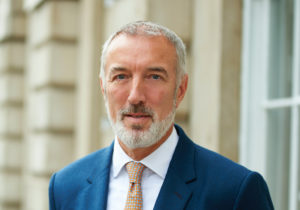