Nienke has a busy and varied practice across the full spectrum of Chambers’ areas of expertise, with a particular emphasis on commercial and insolvency litigation. She has significant experience of high-profile, high-value litigation in the Chancery Division and Commercial Court, both appearing led (by QCs) and as sole advocate. Nienke’s work often includes an international element, with experience in offshore jurisdictions including (but not limited to) the British Virgin Islands, the Cayman Islands and the Dubai International Financial Centre. Nienke also has rights of audience in the AIFC Court in Kazakhstan.

Before coming to the Bar Nienke read law at renowned universities in various jurisdictions, including England (University of Oxford), the United States (Harvard Law School) and the Netherlands (Leiden University).

Nienke advises and acts in a broad range of commercial disputes, both in the English Courts (Commercial Court and Chancery Division) and in foreign jurisdictions.

A significant portion of Nienke’s practice focuses on personal and corporate insolvency matters.

Nienke is regularly instructed in relation to large offshore insolvencies (BVI, Cayman Islands, etc.), and insolvencies with an international/cross-border element, including disputes over a debtor’s centre of main interest (COMI), and the Cross-Border Insolvency Regulation 2006 (CBIR). In the context of COMI, Nienke has successfully acted for creditors seeking to prevent or overturn bankruptcy orders on COMI grounds.

Nienke also has significant experience in the Insolvency and Companies Court. She advises and acts for petitioners, creditors, debtors and insolvency practitioners in both high-value and lower value winding-up and bankruptcy proceedings. Nienke routinely advises and acts in all matters relating to the Insolvency Act 1986 and Insolvency Rules 2016, including (but not limited to):

Examples of Nienke’s recent experience include:

Nienke has experience in a wide range of company law issues and frequently advises and represents companies and shareholders in relation to corporate disputes, such as:

Nienke, furthermore, regularly advises and appears in connection with a broad range of applications in the Companies Court, including applications to restore companies to the companies register, the registration of charges, and correction of the register of members.

Nienke’s experience relates to entities incorporated both in England & Wales and offshore.

Nienke also has rights of audience in the AIFC Court in Kazakhstan.

Nienke regularly acts in disputes relating to banking and financial services. She has acted for both banks and investors, and has been instructed in relation to a number of disputes, including the mis-selling of investment products to individuals and SMEs, and large-scale litigation involving multi-national investment banks.

Nienke has experience of drafting pleadings, including Particulars of Claim, in cases concerning breaches of facility agreements, the mis-selling of Interest Rate Hedging Products (IRHPs) and LIBOR manipulation.

Fraud does not confine itself to a particular practice area. Matters which Nienke is instructed on regularly contain allegations of civil fraud and dishonesty, for example in the context of her commercial chancery practice and in relation to insolvencies.

During her time at Harvard Law School Nienke took a special interest in alternative dispute resolution (ADR), receiving training at the world-renowned Harvard Program on Negotiation and the Harvard Negotiation and Mediation Clinical Program.

Nienke accepts instructions in relation to all forms of ADR, including (international) commercial arbitration, mediation, early neutral evaluation, and complaints to ombudsmen. She can advise on strategy, prepare (position) papers or attend at the arbitration or mediation. 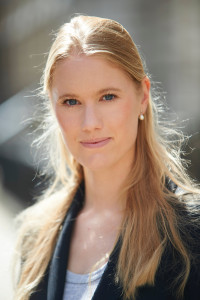