Richard Hill QC is a litigation specialist focusing on commercial, capital markets and banking, insolvency, civil fraud and company litigation. In addition to his High Court practice he appears in international arbitrations and Courts in offshore jurisdictions. His work regularly features cross-border issues and involves large teams, often including team members from the US and other jurisdictions.  Richard Hill QC has appeared in a number of the leading recent commercial and banking cases, either as a leader in the case or as part of a larger team together with leading silks at the commercial and commercial chancery bar.

Richard Hill QC was awarded Company/Insolvency Silk of the year at the 2015 Chambers UK Bar Awards.

Richard Hill QC was awarded Company/Insolvency Silk of the year at the 2015 Chambers UK Bar Awards.

Richard Hill QC is ranked in Chambers & Partners 2016 as a Leading Silk in 6 key areas of practice:

“A highly regarded practitioner able to draw on the insolvency and civil fraud-related elements of his practice to effectively inform his representation of clients in the banking sector. Of late he has worked on matters involving mis-selling and capital markets litigation.

Strengths: “He did an absolutely first-rate job. His cross-examination was really good so I was very impressed by him.”

Recent work: Instructed by the claimants in the landmark case and subsequent appeal of the 2014 Al Khorafi v Bank Sarasin-Alpen judgment, which involved a Middle Eastern structured investment product alleged to have been mis-sold.”

“Takes on notable contested cases across a wide range of legal sectors. His areas of specialism include insolvency, banking, civil fraud and company law.

Strengths: “He was a star of the Bar as a junior for many years, and it is likely he will be one of the leading Commercial Chancery silks.”

Recent work: Acted on behalf of Bernie Ecclestone in a case concerning the alleged payment of a bribe in connection with the sale of shares in Formula One.”

“Handles a range of large-scale company disputes. He is often brought in on City-based disputes and has particular expertise acting for or against government departments.

Recent work: Acted alongside John Brisby QC in representing Peak Hotel and Resorts in its substantial shareholder dispute against Tarek Investments & Others.”

“Appointed a QC three years ago and has really taken off in silk. He has expertise in company, banking, insolvency and civil fraud proceedings.

Strengths: “He is incredibly bright and commercial, and gives well-reasoned and pragmatic advice.” “Delivers clear and practical advice and is a good strategist.”

Recent work: Represented Bernie Ecclestone in his defence of a claim brought by Constantin Medien alleging the payment of a bribe in connection with the sale of a shareholding in Formula 1.”

“An excellent choice for a broad range of disputes. He has been involved in some of the biggest fraud cases in recent years.

Recent work: Briefed to defend Bernie Ecclestone against claims of bribery in relation to the sale of shares in Formula One.”

“Has particular strength in dispute resolution in areas including restructuring, insolvency, company law and fraud. He is noted for his appearance in some of the most important cases in these fields.

Strengths: “He is incredibly bright, commercial and gives well-reasoned and pragmatic advice.”

Recent work: Represented the senior noteholders in the case of US Bank Trustees v Titan Europe.”

Banking: “Quickly gets across the detail of a case and he is very impressive in court.  He’s a great addition to any team.”

Company:  “…easy to deal with and has a very incisive mind.”…”He took the case by the scuff of the neck and got a good result for his client.”

Civil fraud:  “…an excellent reputation in the market and is well placed to advise on fraud issues in the context of major commercial and company law disputes.”

Restructuring/insolvency:  “A star of the future – he is not afraid to give robust advice.”

“Star of the Bar”

Prior to taking silk Richard Hill QC was also for some years nominated as a “Star of the Bar”, being ranked in 7 Practice Areas, and being the only Junior at the Bar, or one of only 2 or 3 Juniors, ranked as a Star of the Bar in those years.

Autonomy Limited v Hussain and Lynch (2015 to current): Lead silk alongside Robert Miles QC for Dr Mike Lynch in the Hewlett Packard / Autonomy litigation where Autonomy is suing its former CEO for in excess of $US 5 billion in relation to an alleged accounting fraud. This is a substantial matter tried over  a 9 month period in 2019-2020.

Sharp and Ors v Blank and Ors (2017 – current) – Lead silk in a 12-week trial in the Chancery Division concerning Lloyds’ takeover of HBOS in 2008.

Constantin Meridien v Ecclestone (2012-current): Successfully representing Bernie Ecclestone in the well-publicised High Court trial relating to the sale of a stake in Formula One.

Re Lehman Brothers International Europe: representing the successful parties at both Court of Appeal and the Supreme Court in the Lehman client money appeal;

Guernsey litigation (current): Advising members of a major global asset management group in a claim against them as fund managers following the failure of a fund in the credit crunch.

Re Titan Europe 2007-1 (NHP) Ltd (2014): Successfully representing the senior noteholders in a dispute as to the interpretation of CMBS deal documentation.

Benedetti v Sawiris (2008-2013): successfully representing Mr Naguib Sawiris through to the Supreme Court in large-scale commercial litigation arising out of the acquisition of a telecommunications company.

McKillen v Barclay & Ors (2012-2013): Representing Mr McKillen in the High Court and Court of Appeal in the high-profile contested takeover of the Connaught, Berkeley and Claridges hotels by the Barclay Brothers.

International arbitrations: current cases include acting for an African Government in a claim arising out of an energy joint venture.

Al Khorafi v Bank Sarasin Alpen (ME) Ltd (2013): Acting for the Claimant in the most substantial mis-selling claim tried in the DIFC court in Dubai.

Re Golden Key (2009): successfully representing the “short” noteholders of an insolvent SIV at both first instance and on appeal.

Sinclair v Versailles Trade Finance Ltd (2010): successfully represented the Claimant in the High Court and Court of Appeal in this leading recent case involving competing priorities and tracing claims in a receivership.

Shell West Manzala v Centurion Petroleum (2008-2010): successfully represented the respondent in an arbitration and subsequent litigation arising from the termination of an oil and gas farm-in agreement.

Gallaher International Limited v Tlais Enterprises Ltd (2005-7): Acted as lead Counsel for the defendant in a 4-month witness action in the Commercial Court.

Re BCCI: Morris v Bank of America National Savings Association & Ors (2000-2004): Acting for Bank of America in large-scale litigation brought by the liquidators of BCCI. 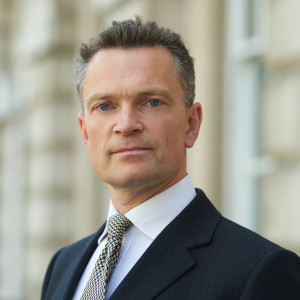