Donald is an experienced advocate, having appeared in numerous heavy applications and trials in the High Court and in arbitration, and appeals in the High Court and Court of Appeal. He has also appeared in the Gibraltar Supreme Court. Apart from his advocacy practice, he is regularly led in the Privy Council, the Court of Appeal (in England and in the Eastern Caribbean), the High Court (in England, the BVI, Gibraltar and St Kitts & Nevis) and in arbitration. He has an active offshore practice, with recent cases in The Bahamas, Bermuda, the BVI, Guernsey, Jersey and Gibraltar.

Cases of interest in the last three years

Donald has appeared in the Chancery Division, Commercial Court, Court of Appeal, Supreme Court and Privy Council. He has also advised in respect of a wide range of company law and commercial matters. Donald has been involved in some of the largest chancery and company litigation at the English bar in recent years, and the largest ever minority shareholder’s petition in Bermuda:

Most of Donald’s work contains an element of insolvency law, whether it be domestic or offshore. He regularly appears (on his own and being led) in insolvency matters, as well as providing insolvency advice. Donald has appeared in a number of important reported insolvency cases, including being general instructed by the trustees-in-bankruptcy for Boris Berezovsky (deceased) and Paul Baxendale-Walker:

Many of Donald’s instructions involve elements of civil fraud, in particular those involving high value insolvencies and with an offshore element. Notable recent cases include:

A significant proportion of Donald’s practice relates to offshore litigation, in particular litigation involving offshore trust and corporate structures. Recent offshore cases in which Donald has been involved include:

Donald was first recognised by the legal directories early in his career, in 2011, when he was described as a “real rising star”. The latest directory comments in Chambers & Partners 2021 are:

“A brilliant barrister – it is a pleasure to instruct him.”

“He impresses on all sides.”

Donald has also been recognised in judgments, for example:

Deputy ICC Judge Agnello, Q.C. noted she was “grateful” for Mr Lilly’s “helpful” and “detailed” submissions and skeleton argument in Re Baxendale-Walker (a bankrupt) [2018] EWHC 3423 (Ch)

“Mr Lilly, for the defendants, took full and, as it turned out, well-judged advantage.”: Mr Justice Briggs (as he then was) in Singla v Stockler Brunton [2012] EWHC 1176 (Ch)

“…thanks to him for a very full skeleton argument on which I have drawn extensively”: Chief Registrar Baister (as he then was) in Re a Bankrupt [2012] BPIR 469

Called in the British Virgin Islands (2013) 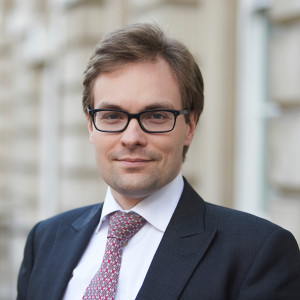