Emma has a busy commercial chancery practice with experience in commercial litigation and arbitration. She has particular interests in insolvency, company law and civil fraud.

Emma is equally happy working as junior counsel as part of a team, or as sole counsel and she has experience of high-value disputes involving complex, multi-jurisdictional issues. She regularly appears unled in the High Court and County Court.

Emma has experience acting in off-shore matters and undertook a Pegasus scholarship at an international firm in Bermuda. She has full rights of audience before the AIFC Court in Kazakhstan.

Much of Emma’s work includes insolvency elements and she regularly appears before ICC Judges in the Insolvency and Companies List. Her experience includes:

Emma is a contributor to Loose and Griffiths on Liquidators (9th ed., 2019), and contributes to Lexis PSL Restructuring & Insolvency. She previously contributed to Lexis Nexis’ Insolvency Rules 2016 forms, replacing the prescribed forms under the old rules.

Emma has a wide range of company law experience including directors’ duties cases, and shareholder disputes including minority oppression. She regularly appears in the Insolvency and Companies Court.

Emma regularly deals with matters containing allegations of fraud and dishonesty in the context of insolvencies and as part of her commercial chancery practice.

Examples of Emma’s recent instructions include:

Emma is regularly instructed as junior counsel in large commercial disputes and she has experience of litigation and arbitration. Her experience includes acting in a range of interlocutory matters, such as applications for interim injunctions, freezing orders, specific disclosure and relief from sanctions.

Examples of Emma’s recent instructions include:

Emma acts in disputes relating to the banking and finance industry, her experience includes:

Emma has experience of claims with an international element and her work often involves jurisdictional issues. She has been involved in matters in the BVI, Nevis, the Cayman Islands, Hong Kong, Bermuda, the Dubai International Financial Centre (DIFC), Kazakhstan, the Isle of Man and the Channel Islands.

Emma undertook a Pegasus scholarship at the offshore firm Appleby in Bermuda for six weeks in 2017, working in the Dispute Resolution team on matters involving insolvency, banking, trusts and judicial review.

Emma has experience acting in mediations and international arbitrations.

Co-author of “On Your Feet: A Practical Guide to Civil Advocacy” (2019)

Contributor to Loose and Griffiths on Liquidators (9th ed., 2019) 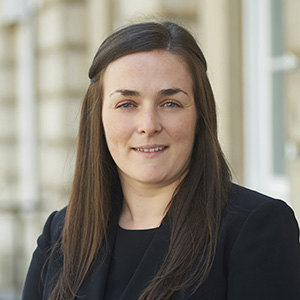