“a brilliant advocate and a real team player”
– Chambers UK

“he assures judges that he is right”
– Chambers Global

Hermann Boeddinghaus has over 20 years’ experience as a specialist in corporate, commercial and insolvency disputes. He appears in the Chancery Division, the Commercial Court, the BVI Commercial Court and international arbitrations, as well as before appellate courts. Many of his cases have an international or offshore element.

Hermann has represented Nigeria and Pakistan in major asset recovery claims against the families and associates of former rulers. Other clients have ranged from the world’s largest banks to small family firms and individual entrepreneurs. He has built a reputation as a tough and persuasive advocate, much liked by his clients.

Hermann is adept at getting to grips with matters of a highly technical nature. His particular interest is in complex financial fraud; but he is equally at home in handling high value commercial arbitrations (construction, leisure, oil & gas, shipping). He has a strong academic background in science as well as law. Clients have repeatedly praised him for his rigorous attention to detail, tempered by a pragmatic, user-friendly approach.

Since taking silk Hermann has continued to represent clients at the highest levels, including most recently a $20bn claim in the Singapore International Arbitration Centre and a complex shareholding dispute in the Privy Council.

For 15 years, Hermann was ranked as a leading junior in both of the principal legal directories, where he was described shortly before taking silk as “a very commercial and pragmatic barrister who is personable and easy to work with” (the Legal 500), as “extremely user-friendly; thorough, with an excellent grasp of complex detail” (the Legal 500), and as providing “well-thought-out advice, which is both strongly analytical and commercially focused” (Chambers UK Bar). Chambers UK Bar also described him as “a determined advocate [who] has a good gauge of how to approach issues in terms of winning favour with judges”, and as being “very approachable and thorough”; and commented on his “low-key, but tough and intellectually rigorous style … very much to the liking of his clients”. Chambers Global noted that he was “praised for approaching his cases with a very high level of attention to detail” and described him as being “brilliant on technical questions, with real skill in traditional and commercial chancery crossover issues”.

Hermann has now been ranked by the directories as a leading new silk in the fields of company law, insolvency law, chancery-commercial dispute resolution and offshore litigation. The most recent editions describe him as “consistently impressive and helpful [with] a huge capacity to get to grips with large amounts of information quickly” (Chambers UK Bar 2022) and as “very pragmatic … excellent at identifying the correct approach to take with the judge” (the Legal 500 2022). “He’s fantastic and he makes his points firmly and fairly” (Chambers Global 2022); “clients like him because he’s quick to understand their goals and he communicates well” (Chambers UK Bar 2022).

Throughout his career Hermann has worked closely with lawyers from leading firms in jurisdictions around the world, most notably the US, Germany, South Africa, Singapore and Malaysia.

Hermann was educated at the Universities of Cape Town (BSc in Medicine) and Bonn, and at Magdalen College, Oxford (MA Jurisprudence, BCL).

In his final year at Oxford Hermann became a member of the Studienstiftung des deutschen Volkes, Germany’s most prestigious scholarship foundation. He stayed on to teach, as a tutor in Contract Law and Tort at Wadham College, Oxford, and at the same time trained as a solicitor with Slaughter and May. Later, he became a Kennedy Scholar of Lincoln’s Inn. 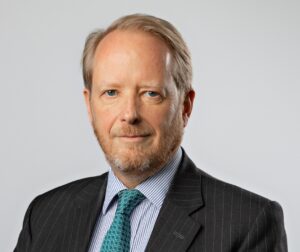