Orlando’s practice is at the commercial end of the Chancery Bar, with an emphasis on civil fraud, company, commercial, insolvency and trusts (including purpose and charitable trusts). Orlando has been consistently recommended for his work by Chambers & Partners, Who’s Who Legal and Legal 500. In addition to his work in the Chancery and Commercial Divisions in London, Orlando is also licenced to appear in a number of foreign jurisdictions.  Pro bono work: Orlando served as a Legal Member of the Board of the Charity Commission from July 2013 to December 2017, and on the Civil Justice Council from July 2016 to July 2019, and has also volunteered through Bar in the Community, the Bar Pro Bono Unit, and the Bar Silk and Judicial Mentoring Scheme.

Trusts, Account of Profits – 5 week enquiry into profits made in the oil industry by defaulting fiduciary before Asplin J in April 2015 in the Chancery Division – GEHC v Gray [2015] EWHC 2232 (Ch)

Director’s disqualification – leave for disqualified director to resume acting as a director; acting for director – Re Dawes & Henderson (Agencies) (No 2) [1999] 2 BCLC 317

Misfeasance – acting for liquidator in recovering of company’s assets from directors as transactions at an undervalue, and misfeasance – Re Barton Manufacturing Co Ltd [1998] BCC 827, [1999] 1 BCLC 741;

Trusts, Saunders & Vautier – acted in 2019 for settlor in express (and charitable) trust dispute in DIFC, instructed by Taylor Wessing

Orlando is recommended in 2020/21 Chambers and Partners or Legal 500 for Fraud (Civil), Company, Commercial, and Offshore. Quotes from current and past Chambers UK, Legal 500, and Who’s Who Legal editions include: 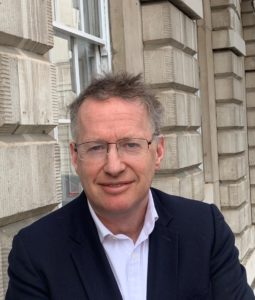