The Court of Appeal has handed down judgment in Canara Bank v Dansingani and Others [2021] EWCA Civ 714, with John Brisby QC and Alastair Tomson successfully representing the Respondent, Canara Bank. The Court rejected the Appellants’ appeal against a judgment handed down by the High Court in December 2019 [2019] EWHC 3439 (Ch) awarding Canara Bank judgment against a company upon which it had foreclosed, enforcing a guarantee and mortgage given by one of its director-shareholders to secure the company’s indebtedness, and rejecting the company’s counterclaims against the bank. The Appellants had appealed on the basis that they claimed the judge had made errors in his factual findings caused by a delay of almost three years between the end of the trial and judgment being handed down, and sought a retrial. The Court of Appeal rejected all of the Appellants’ grounds of appeal, finding that despite the delay there were no grounds to doubt the factual findings made by the Judge. Permission to appeal to the Supreme Court was refused.

The judgment can be found here. 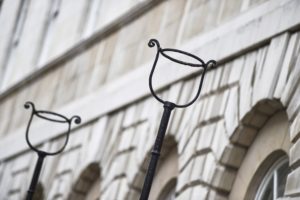