The Supreme Court has agreed to hear Stanford International Bank Limited (“SIB”)’s appeal against the decision of the Court of Appeal from earlier this year ([2021] EWCA Civ 53) which would result in the reduction of SIB’s claim from c.£118m to c.£2.4m.

The claim, previously listed as one of The Lawyer’s ‘Top 20 Cases of 2021’, stems from the multi-billion dollar Ponzi scheme orchestrated by disgraced former banker Robert Allen Stanford (currently serving a 110-year fraud sentence in the US) and alleges that HSBC breached its duty to SIB to refrain from acting on instructions where there were grounds for suspecting a fraud was being perpetrated (the Quincecare duty).

HSBC applied in 2020 to strike out the loss element of the Quincecare claim but were unsuccessful before Nugee J (as he then was) at first instance. HSBC successfully appealed that decision earlier this year, however, with the Master of the Rolls (who gave the leading judgment) holding that although SIB had had over £80m in cash paid out of its accounts with HSBC during the period in question, SIB had suffered no recoverable loss in respect of the majority of those payments because they discharged valid debts to SIB depositors and therefore had a balance sheet neutral effect. The Master of the Rolls considered that the facts that the payments meant that SIB had over £80m less in cash assets at the time it entered liquidation was not a loss to SIB, even if it might represent a loss to the creditors.

The appeal which the Supreme Court has agreed will provide clarification over whether the losses for which a bank may be liable for breaching the Quincecare duty in relation to an insolvent customer are limited strictly to payments which affect the customer’s balance sheet or whether they extend to payments which deplete the assets available to the customer for distribution in its insolvency.

Andrew de Mestre QC and James Knott, led by Christopher Parker QC, are acting for SIB in the claim, instructed by Alex Jay and Harry Spendlove of Stewarts Law. 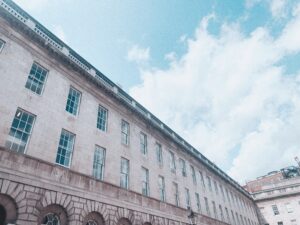