The High Court recently gave judgment in Davies v Ford [2021] EWHC 2550 (Ch) where Alexander Cook and Daniel Kessler represented the second and third defendants; a director found to have acted in breach of duty (“Director”) and the new company he incorporated with the first defendant (“NewCo”).

The Court discussed the nature of the remedy of equitable compensation. Distinguishing ITC v Ferster [2018] EWCA Civ 1594, the Court held that, in cases not involving existing trust property, compensation is determined by what would have happened but for the breach of fiduciary duty.

The Judge found that the original company could not have continued trading for more than a year without the Director. The Director’s liability was therefore limited: after a year, the breaches of duty had caused no loss. Following Commonwealth Oil & Gas v Baxter [2009] SCLR 898, the Court held that there could be no liability for knowing receipt for the diversion of a corporate opportunity.

The claim against NewCo was dismissed in its entirety. 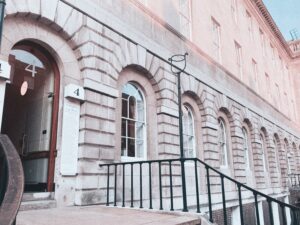