Adam has a broad commercial chancery practice. He often works as junior to leading counsel in heavy, high value or international matters but also as part of larger counsel teams and on his own. Adam’s practice varies from advice on self-contained points to long running litigation. He has also been instructed by the Government on matters involving allegations of rendition and the improper treatment of detainees.

Adam has advised and acted with leaders and alone in a range of commercial litigation and contractual disputes.  Work in this field includes :

Adam has acted and advised on a variety of commercial chancery matters with leaders and alone including shareholder disputes and cases concerning allegations of breach of fiduciary duty and unfair prejudice.  Examples include:

Adam accepts instructions in matters related to banking and finance.  Recent experiences includes advising (with Robert Miles QC) a major bank on the appointment of receivers under security documentation.

Adam’s ‘chancery: commercial’ experience, (as detailed in that section), often arises in connection with companies.  Adam has particular experience of domestic and international shareholder disputes and actions dealing with allegations of various breaches of duty (including fiduciary and statutory and those arising under shareholder and joint venture agreements).  Adam also advises on discrete company law issues.

The commercial litigation and commercial chancery matters with which Adam is involved often include international elements in addition to offshore litigation and arbitration.  Adam has particular experience of British Virgin Islands litigation both in the Commercial Court and Eastern Caribbean Court of Appeal.  Adam acted (with George Bompas QC ) in Chemtrade Ltd v Fuchs Oil Middle East Ltd; Fuchs Petrolub AG [BVIHC(COM) 158 of 2010] which was the longest trial to date heard in the BVI Commercial Division.  As well as the trial, the litigation included a number of other hearings at first instance and before the Court of Appeal including in connection with an application to stay the decision on appeal pending hearing by the Privy Council.  Adam also has recent experience of cases running in Guernsey and the Dubai International Financial Centre (DIFC).

Adam has advised with leading counsel on a number of arbitrations.  Recent experience includes:

Adam has experience, often in the context of shareholder disputes and actions against directors, in matters concerning allegations of fraud, secret profits of fiduciaries and knowing receipt.  Recent experience includes:

Adam has appeared and advised on a variety of corporate and personal insolvency matters.  These include: winding-up petitions and connected issues such as restraining the presentation of petitions and supervening applications for administration orders; representing trustee, creditor and debtor clients in bankruptcy proceedings including on applications for annulment and for the possession and sale of homes; advice to liquidators in relation to misfeasance claims and transfers of assets at an undervalue; and acting for administrators seeking to make distributions to creditors prior to the commencement of liquidation.

Adam has been instructed by the Government in matters concerning allegations of torture, extraordinary rendition and detainee mistreatment:

Called to the Bar of the British Virgin Islands. 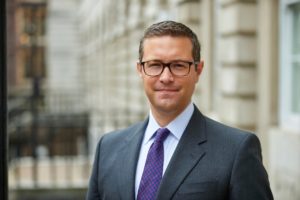