Tiran has particularly extensive experience acting as sole counsel in substantial trials and applications. He is highly regarded for his courtroom advocacy and is recommended as a leading practitioner by Chambers UK and the Legal 500 in the field of Restructuring/Insolvency. He is also recommended in Who’s Who Legal in the fields of Restructuring/Insolvency and Company/Partnership. The directories have variously quoted:

“He is phenomenally bright and is calm and collected…very easy to deal with and is very personable. He’s got a fantastic work ethic, is very good technically and is very calm and measured on his feet.”
“Very commercial and practical with great technical knowledge…has great strategic skill to navigate complex problems”
“He is a very knowledgeable counsel who has the Insolvency Rules at his fingertips and is practical in the advice which he gives.”
“Very calm in a crisis, always dependable, very bright and one to watch.”
“Tiran deals with instructions swiftly and efficiently: he’s hard-working, very approachable and a tenacious advocate.”
“He is extremely thorough and deeply impressive.”
“Very sharp and analytical, and possesses a great advocacy style”
“He is brilliant – his advice is very clear and his performances in court are very strong”
“Highly rated by sources for his courtroom skills”
“Effectively combines great intellectual vigour with case strategy, and adapts well to clients’ demands.”
“Extremely intelligent, practical and calm”

Tiran has a particular depth of experience in insolvency litigation, including claims concerning transactions at undervalue and preferences, disputed winding up and bankruptcy petitions, administrations, applications to set aside statutory demands, public/private examinations, bankruptcy restriction orders, wrongful/fraudulent trading, cross-border insolvency matters and the appointment of provisional liquidators on the application of creditors and the Secretary of State. In addition to acting for companies, private litigants and insolvency practitioners, he also regularly represents HMRC and the Official Receiver (see Cases of Interest).

Tiran has particularly extensive litigation experience as sole counsel in commercial disputes involving contract and tort claims, including freezing orders, other injunctive relief and claims with an element of civil fraud. He is able to draw from this extensive experience to provide advice to clients that takes into account the merits of a case from a court room perspective and deploy effective alternative dispute resolution where appropriate. (see Cases of Interest)

Tiran is regularly instructed in cases for the civil recovery of assets and the appointment of provisional liquidators in cases involving large scale international money laundering, tax frauds and errant company directors. He is well experienced in having to make complex, but urgent, applications to protect assets in the context of such claims. He is a preferred choice of HMRC and the Secretary of State for Business Innovation and Skills, giving him a unique insight into the effective representation of defendants facing fraud claims on the other side of the fence. (see Cases of interest)

Tiran advises and represents parties on issues of shareholder rights (including the drafting and litigating of s.994 petitions), directors’ duties, interim injunctions, company restorations, registration of charges and matters involving bona vacantia. He is also regularly instructed by the Secretary of State and defendants in directors’ disqualification proceedings. (see Cases of interest)

Tiran is regularly instructed on both sides of the fence on a wide range of public law matters including directors’ disqualification; civil asset recovery (NCA); competition law (OFT); large government contracts for the provision of services; public interest winding up petitions, bankruptcy restriction orders and company investigations (Secretary of State for Business, Innovation and Skills); and judicial review applications. He has acted for the Government in major cases over the years, including the Harmondsworth detention centre and MG Rover. (see Cases of interest)

Tiran has been appointed to the Attorney General’s panels of civil counsel (currently A Panel) for nearly 10 years during which time he has been instructed on numerous successful claims by the National Crime Agency for civil recovery under POCA, often as sole counsel. He was junior counsel in the successful recovery of assets against the well publicised claim against Alexander Surin (see Cases of interest)

Tiran’s extensive litigation experience means he is always conscious of advising clients of the most cost-effective and speedy resolution to a dispute. He is well versed in successfully conducting alterative dispute resolution methods. (see Cases of interest)

Cases of interest
What the directories and judges say 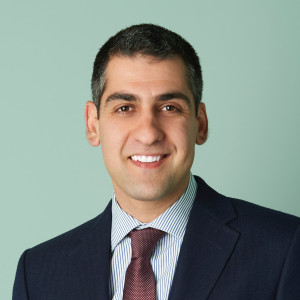