Andrew is an advocate and advisor, with wide experience in commercial and commercial/chancery litigation and arbitration, insolvency, company law, and financial services.

Complex and high-value commercial litigation forms a large part of Andrew’s practice. His work often has an international dimension and he regularly deals with jurisdictional and choice of law issues. In recent years he has worked with Hong Kong, Swiss, Indian and Kuwaiti counsel.

Examples of recent work include:

In recent years Andrew’s work has included acting as sole counsel in: an ad hoc arbitration of an LLP dispute concerning a property investment JV; a shareholder dispute concerning management control of a block of flats; and an LLP dispute relating to a financial services firm. He has also acted, with leaders, in disputes in the Chancery Division concerning the ownership and control of a chain of pubs and the acrimonious break-up of a tech start-up. He also deals with Companies House matters, such as the restoration of companies to the register and rectification of the register of members.

Andrew is acting (led by Andrew de Mestre QC) for Banca Nazionale del Lavoro in the ongoing litigation (aspects of which have already been litigated to the Supreme Court) between the bank and the Playboy Club, concerning a bank reference given for a gambler.

In recent years he has acted in:

Andrew acts for and against financial services regulators in the UK and internationally. He has advised the Financial Conduct Authority and the Prudential Regulation Authority. With Jonathan Crow QC he is currently acting in a major offshore regulatory dispute. As a pupil he assisted Sharif Shivji, for the FCA, at trial in enforcement proceedings – Allen v FCA [2014] UKUT 0348 (TCC).

He has spent three stints on secondment to the FCA and has gained wide experience, principally in three areas: the regulation of insurance generally (including pension products); insurance business transfers under Part VII of FSMA; and the regulation of the Peer to Peer lending market under article 36H of the Regulated Activities Order.

Some of Andrew’s recent work in this area is noted under Commercial Dispute Resolution and Banking & Finance. He has experience of acting for both claimants and defendants in applications for interim injunctions.

Andrew accepts instructions in relation to offshore litigation in all areas of his practice. He has extensive experience of litigation in the Dubai International Financial Centre, where he is a registered practitioner, and in particular of enforcement proceedings there, having acted in three separate disputes of this kind concerning, respectively, enforcement of: an “executive deed” under the GCC Convention; a judgment of the KSA Committee for Banking Disputes under the GCC Convention; and an ancillary relief order in English matrimonial proceedings (Akhmedova v Akhmedov & anor [2018] DIFC CFI 011, [2018] DIFC CA 003).

Andrew has advised and represented clients on a pro bono basis through the Personal Insolvency Litigation Advice and Representation Scheme (PILARS) and volunteers for the Chancery Bar Litigant in Person Support Scheme (CLIPS).

Registered to practise in the courts of the Dubai International Financial Centre.

Andrew read Classics at New College, Oxford, taking a double first, and after a short period teaching in Russia took the Graduate Diploma in Law at City University, winning the prize for contract law. Lincoln’s Inn awarded him the Bowen, Hardwicke, Denning, and Eastham scholarships. 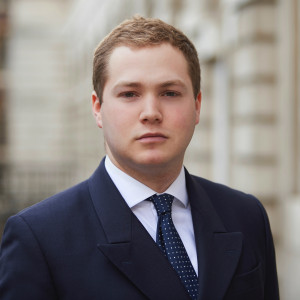